In this installment Abraham dies (or does he?) but not before knocking up a concubine to the tune of six more sons, Rebekah needs divine intervention to get pregnant and immediately regrets that decision, and Yahweh hates a guy before he's even born.

Genesis 25:1-6
Before noting Abraham's passing, the text relates that at some point he found himself another concubine. Verse 5 informs us that not only was Keturah a second-class wife, the children she bore him got to be second-class children. The reason for this is clear and it has nothing to do with whether or not any of this actually happened. These guys were all supposed to be the progenitors of ethnic groups that would have been regarded as cultural cousins to the Hebrews. But make no mistake, they are inferior cousins. Isaac is the only true heir of Abraham through whom the special covenant with Yahweh is passed. The rest of Abe's brood are "given gifts" and told to GTFO.

Genesis 25:7-11
Abraham dies at 175. Isaac and Ishmael bury him in the cave of Machpelah. Now, according to verse 2, Father Abraham had many sons and many sons had Father Abraham [you are not one of them and neither am I, however, because he's a legendary figure and not Genghis Khan], but Ishmael is apparently the only disinherited son that shows up to Abe’s burial. That is, of course, unless verses 1-6 come from a different source that contained the tradition that Abraham fathered other sons that the writer of this source material was unfamiliar with and a redactor has, once again, woven the source material together.

As usual, this weaving together of multiple sources creates continuity problems. Note that at Abraham's death, Isaac is 75, Ishmael is 89 and Jacob & Esau, whose stories have not even been narrated yet, are 15. This raises the question: where was Abraham? Where is grandpa Abe when the twins are later born? Why does he suddenly disappear from the story? The narrative regards him as absent from here on out. We've encountered these continuity problems before when we dealt with Abraham's ancestors. Recall that even at this point in the story when we reach Abraham's death, Shem, yes, Noah's son Shem, is still alive at the ripe old age of 567.

Genesis 25:19-21
Recall that Isaac and Rebekah got married when he was 40. Twenty years passes and she still isn't pregnant, so he prays to Yahweh on her behalf. Not on his behalf or their behalf; on her behalf. It's noteworthy that in the Bible it seems it's pretty much always something wrong with the woman when people can’t conceive. See Sarah, Rebekah, Leah, Rachel, Hannah and Elizabeth. It’s never because some old patriarch is just shooting blanks. In the real world only about a third of infertility cases are caused solely by problems with a woman’s reproductive system. Recall that instead of unnecessarily “closing the wombs” of every single woman in Abimelech’s harem (Gen. 20:18) God could’ve simply afflicted Abimelech with lame swimmers and been done with it. But in the Bible, God never goes around personally messing with male reproductive ability. Instead he’s always opening and closing lady parts. See, it's not the seed that's the problem, it's the infertile soil.

It's almost like these stories are merely the product of a pre-scientific, agrarian, paternalistic culture rather than from the mind of an omniscient deity. Oh, wait. That's right. It's both human and divine, like Jesus. So things like this are really just a reflection of the human component of holy writ. The divine component is sure to evidence itself any day now in a clear and compelling way. Surely something convincing will come along that can't be explained by chance, natural processes, hindsight bias, the Texas sharpshooter fallacy, appeal to popularity, question-begging, etc. that will confirm that the Holy Bible is divinely inspired and not merely the work of flawed human beings. 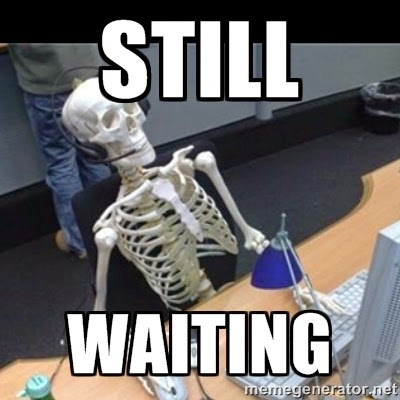 Genesis 25:22-23
Little Jacob and Esau start their own fight club in poor Rebekah's womb. The Hebrew word expresses a violent struggle. Understandably freaked out by this and no doubt waxing nostalgic about those twenty years of barrenness, Rebekah inquires of Yahweh and apparently gets to communicate directly with him somehow in some kind of audible way that the text is very unclear about. What also isn't clear is whether or not Rebekah shares this bit of prophecy with her husband.

She is told that all that violence going on in her body is because these two kids will be the founders of two different nations that will struggle with one another. Unfortunately for Rebekah, Yahweh felt it was necessary to have this later clash between neighboring nations predicted and illustrated by miraculous intrauterine combat. Now, I have to ask: did this really happen, or was this just a story that helped this culture to explain why Israelites and Edomites didn't get along? The tale of, "Dude, we've been fighting these guys since our ancestors were in the womb together" makes for a much more interesting explanation than appealing to the nuances of various cultural and religious differences along with geography and competition over available resources, as well as just plain old tribalism.

Isn't it more likely that this story of sibling rivalry tells us more about the political realities of the 9th and 8th centuries BCE than it does about a couple of pugilistic embryos? If we didn't know better we might begin to think that what we are looking at here is really a form of propaganda that presents a subjugation narrative that would justify Israel's supremacy over another ethnic group.

Genesis 25:24-25
Esau comes out red and hairy. The word for red is ‘admoni, forming a wordplay with edome’ or the inhabitants of Edom. Likewise the word for hairy is se’ar, forming a wordplay with Seir, the mountain region that forms the southeast border of Edom and Judah. The region was known for its wooded “hairy” appearance and the reddish color of the copper-rich soil, suggesting that this is the real reason why these folks were called Edomites (people of red) and why the mountains were called Seir (hairy).

Our storyteller would have us believe that Esau’s appearance either predicted that his descendants would inhabit this region or was the reason why this region was called Edom and Seir. The problem is that the Horites also lived in this region (Gen. 14:6). Seir is later said to be the name of one of those Horites who ruled there (Gen. 36:20). This tradition suggests that the region was actually named after him and not hairy Esau. The Horites are supposedly later kicked out by the Edomites (Deut. 2:12).

There’s another possibility for the name. Seir was also a name the Egyptians used to refer to Osiris, the god of the dead. The cavernous mountains of this area may have been given the name Seir by the Egyptians during a period of Egyptian dominance of the Levant. In any case, it’s highly doubtful that Edom and Seir were so named because some red and hairy freak of nature popped out of Rebekah's vagina, but again, it makes for a nice folk tale.

Note the pattern thus far: Canaanites are cursed and destined for slavery and extinction because of their progenitor, Ham; Moabites and Ammonites are the product of incest, producing weak-minded men and slutty, conniving women per Lot and his daughters; Ishmaelites are wild donkeys; Arameans are tricky, greedy trade partners like Laban and Rebekah (more on this later); and now Edomites are destined to be backwoods hillbillys just like Esau. Why, if it weren't for the fact that we know for sure this is all coming from the divinely inspired hand of Moses because Jesus said so, we might be inclined to think these are all just caricatures and etiological myths that incorporate the ethnic stereotypes the authors attributed to the surrounding rival cultures. But that can't be it, right? It sounds too much like something we would expect from flawed human beings, not something the LORD thy God, creator of the universe would inerrantly inspire. No, it really happened that way. This is history; not myths, legends and folk tales. Really. Honest.

Genesis 25:26
Jacob comes out clutching Esau's heel, so naturally they name him Jacob, a play on the Hebrew word for "heel.". Think about that. After enduring Wrestlemania in her womb, Rebekah's twin delivery interval is virtually non-existent. The average interval for vaginal twin delivery is around 17 minutes, although there have been very rare events where the twins are about a minute apart. However, Jacob and Esau are not identical, meaning this would've had to have been a diamniotic pregnancy. In other words, Jacob and Esau would've each had their own sack within Rebekah's uterus, and yet one baby comes out clutching the heel of the other, an anatomical marvel in and of itself. It's nothing short of a miracle that this poor woman pushing forty in her first pregnancy and giving birth to twins, who just happened to both be in the vertex position and with no time interval between deliveries, survived at all. Or, you know, maybe it's just a made-up folk tale?

The verse notes that Isaac is 60 when Jacob and Esau are born. Abraham is 160 and still alive for another 15 years and uncle Ishmael is 74. We're never told how old Rebekah is, but one would hope that she has to at least be in her late 30’s or else Isaac is a real creep (they've been married for over twenty years at this point), which puts  uncle Laban at least in his early forties. Oh, yeah, Noah’s son Shem is 552.

Genesis 25:27-28
The boys grow up and Esau learns to live off the land while Jacob prefers to be more calm, even-tempered and civilized. This again looks more like it's prefiguring the ethnic stereotypes preferred by an author writing at a time when there actually were rival Edomites and Israelites.

Genesis 25:29-34
Jacob is cooking some red stew when Esau comes in famished. With complete disregard for his birthright, Esau sells it to Jacob for a meal. This is yet another proposed etiology for the red Edomites that seems to run counter to the aforementioned tale of his being born red. The despising of the birthright appears to be yet another attempt to legitimate the subjugation of the Edomites. The point appears to be that they deserved to be dispossessed of their stuff and they have their ancestor's flippant attitude and poor cost/benefit analysis to blame. Referencing something that occurred to someone's ancestors hundreds of years prior seems like a lame excuse for taking their stuff. Ah, but don't forget. This had the divine stamp of approval. Yahweh hated Esau before he was born 'cause that's just the way he rolls. Sucks to be Esau.