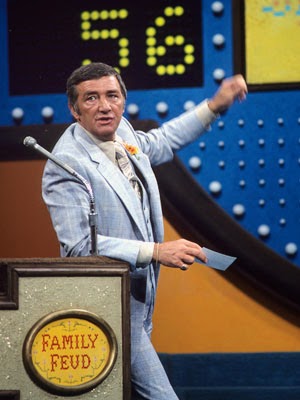 Ligonier Ministries recently teamed up with LifeWay to conduct a survey about the theological views of Americans with a particular focus on evangelicals. I have a few thoughts on both the survey itself and its results.

The partnership between a Reformed para-church publisher and the retail arm of the Southern Baptist Convention probably suggests something about the inroads neo-Calvinists have made within that denomination. This is no surprise, of course. Al Mohler has been in charge of the SBC’s flagship seminary (SBTS) for quite some time. Additionally, Calvinistic Baptists seem to be the only ones within that denomination who are consistently serious about theology. I might be inclined to argue that when Christian fundamentalism intersects with middle class pseudo-intellectualism, Calvinism is the meme most fit to rise to the top. It's difficult not to agree with my friend Neil who observes that it is largely just “gentrified religious extremism.”


So why are they doing this? Well, a cynic might say it’s because both Ligonier and LifeWay exist to sell stuff, specifically stuff that is supposed to educate Christians on what they should think. Publishing the results of this survey is a transparent marketing ploy, which right away leads me to take its results with a grain of salt. It’s fear-mongering that is supposed to generate hand-wringing among the faithful that actually care about things like theology and orthodoxy. Those people do exist, so they are a market to be exploited and Ligonier knows how to market to them.

If it seems like I’m being a bit hard on these folks in suggesting this is all about marketing, well, there are reasons for that. First, anyone who has ever had the misfortune of having given their number or address or email to Ligonier knows that they are downright annoying with their constant phone calls, emails, and mailings asking for donations, subscriptions to their magazine, or orders for books by His Holiness, the American Calvinist pope, RC Sproul. Had I not moved recently and marked their emails as spam, I’m quite confident I would still be receiving regular contact from them.

Second, their organization has a history of being accused of money-grubbing corruption and nepotism to the point where they actually tried to sue a blogger for attempting to expose them and calling them “nincompoops.” So much for not suing your brother. Finally, it’s hard not to scoff at this organization when one learns the 2015 Ligonier-sponsored cruise is going to feature the theme of persecution and suffering. Yes, there’s nothing quite like solidifying a persecution complex and speaking of Christian suffering while cruising the Caribbean in the luxurious comfort of an ocean liner with an indoor ice skating rink.

So perhaps a reader will forgive me for seeing the release of this survey as little more than a fear-mongering marketing ploy. By exposing their fellow evangelicals as heretics who are following a brand of Christianity that is nothing more than moralistic, therapeutic deism, they can sell to the theologically-minded wing who will see themselves as surrounded by the unconverted within their own churches. They produce materials about theology, so naturally they want people to see what they are selling as the cure to what ails the church and heed the cries of “more doctrine!” They often stand in direct opposition to other wings of evangelicalism crying “more relevance!” All the while the structure continues to crumble around them and an entire generation walks on by or out the door or through a hole in the wall. Get used to it, guys.

All that said, while much of the survey reads like a message from Captain Obvious, I did have a few takeaways. I’ve argued before that nearly all Christians are heretics and why this should bother them. The survey confirms this and shows why it’s not even necessary to break things down as much as I did in that post. While 96% of self-identified evangelicals say they believe “there is one true God in three persons: God the Father, God the Son, and God the Holy Spirit”, over half believe the Holy Spirit is some kind of impersonal force. What that means is that about half of evangelicals don’t believe in the Trinity, but say they do because they don’t have the foggiest idea what the hell that concept entails outside of some vague notion of god being three things and one thing. Similarly, 88% say that Jesus is fully divine and fully human, while 25% say that Jesus is less divine than God the Father. So about a quarter of evangelicals are full-blown neo-Arians.

In other heresies, about two-thirds espoused some form of Pelagian soteriology, despite overwhelmingly affirming that God is sovereign over all things…except in matters of salvation it seems. So while 91% strongly believe Jesus rose from the dead, many don’t seem to agree with orthodox definitions of who Jesus was and what his death and resurrection actually did. But hey, I’m sure things like who and what your god is and what exactly he requires in order to keep him from torturing you for eternity are trivial matters, right? Especially if you don’t actually believe such a place as hell exists. Except they do.

It was no surprise to me that evangelicals overwhelmingly believe in a real place called heaven (90%). What I was surprised about was that they also overwhelmingly still believe in a real place called hell, to the tune of 87%. That’s not nearly as much of a drop-off as I would’ve expected. It’s mitigated a bit by the fact that many seem to think that only doing really bad stuff will send you there. Still, according to the survey, 61% of all Americans, not just evangelicals, believe in the existence of a place where a deity torments people forever…and ever.

The takeaway for me is that, despite the protestations of progressive Christians that often take nontheists to tasks for constantly harping on that vile and incoherent doctrine, it’s clear that the majority of the people in this still very religious country continue to hold to it. So I’m afraid my fellow netizen nonbelievers can expect to continue to receive backhanded threats of eternal damnation like “you’ll see” or “you’ll be sorry one day” in the comments sections of blogs across the web for the foreseeable future.

Finally, 61% of evangelicals (78% among those who attended church at least once a month) strongly agreed with the statement that the Bible is 100% accurate in all that it teaches. Sadly the survey did not indicate how many of them had actually bothered to read it.
Posted by The Apostate at 10/29/2014