This chapter brings us confusion about a tower, more genealogies with oft-overlooked implications, a few interesting anachronisms and some fun with Hebrew names.

The Tower of Babel narrative begins by informing the reader that the whole earth had one language. This is odd considering what was stated in 10:5, 20 & 31. People typically try to get around the problem by assuming that the chronology of chapter 10 overlaps with the events of chapter 11, ignoring how forced that solution appears. The truth is that neither chapter 10 nor chapter 11 paint a realistic picture of how and why human migration actually occurs. Chapter 10 wants us to believe that people cleanly and uniformly spread out by families and settled according to their languages and cultures, thereby putting the cultural cart before the geographical horse. Chapter 11 wants us to believe that it would take divine intervention to get people to migrate instead of obvious factors like constraints on available resources, rivalries, instability, etc. Both ideas come from the imaginations of ancient people who had little understanding of things like cultural geography.

Interestingly enough, it seems that Native American mythology like that of the Iroquois comes closer to reality by suggesting that groups of people were first spread out and isolated from one another by the creator deity, the Holder of the Heavens, and then because of that cultural and geographic isolation their languages changed to be different from one another. This etiological myth for the origin of the differentiation of language has the added bonus of including some things we can actually observe when we look at how and why languages evolve over the centuries, unlike the Babel myth which relies solely on divine intervention.

Genesis 11:3
We're told here the people used brick instead of stone and tar instead of mortar. Why does our presumed author Moses feel the need to insert this clarifying remark about building materials for his audience? Wouldn’t the children of brick mason slaves have been relatively familiar with baking bricks and using tar in the Nile Delta, a region that had lots of clay due to the regular deposition of sediment from the flooding of a major river system? Why does the author seem to think his audience would’ve been more familiar with techniques involving stone and mortar? Maybe it’s because stone and mortar would have been much more familiar to someone already living in the Syro-Palestinian region where good building stone is abundant, which would suggest our author is not Moses and his audience was native to Palestine and not wandering in the wilderness. Maybe this parenthetical remark was just added by a later editor other than Moses? Yeah, that's it.

Genesis 11:4
These folks seem to believe that they can really reach heaven if they build high enough. This would be a great opportunity for a divinely inspired writer to correct their cosmological misconceptions and make fun of their silly notion that heaven is actually up in the sky. Too bad that doesn’t happen.


Josephus suggests the tower was built as a precautionary measure taken just in case Yahweh decided to go back on his promise to never flood the earth again. That way they could have a place of refuge. One could not blame them for that even though it would show a fair amount of naiveté on their parts in underestimating all the nasty ways Yahweh is able to kill people.

Genesis 11:5
So Yahweh came down to see the city and the tower? One gets the distinct impression from this passage that the author thinks the dwelling place of Yahweh really is up in the sky. Additionally, why does Yahweh need to even go down there to check things out? Isn’t he omnipresent and omniscient? If this is just another anthropomorphism that’s not to be taken literally, where are the context clues in this passage that would indicate it? There aren’t any. One would have to go to another part of the Bible with a much more developed theology to find those clues. What is clear is that this writer has a god (or gods) with spatial and intellectual limitations along with some major insecurities. If that's not an accurate portrayal of Yahweh then why is he allowing a supposedly divinely inspired author to misrepresent his character and attributes this way? Isn't that a bit deceptive?

Genesis 11:6
Is the God of the universe really worried about being rivaled by these ancient city-dwellers building their pathetic little ziggurat? Why does he appear to feel so threatened? One wonders what Yahweh thinks of the height of the Burj Khalifa in Dubai, or for that matter what he thought of the moon landing and Voyager. Was he concerned about the human endeavors to split the atom? Cloning animals? What’s his position on the large hadron collider?


Watch as our Creation Museum representative below ignores what it says right in the text of Genesis 11:6 and instead appeals to a strained reading of Genesis 9:1 when he tries to explain why God confused the languages at Babel. Note that there are supposedly enough people to build a city and a tower and then be split apart into at least 78 different nations a mere 106 years after only 3 couples are left to populate the earth. I'd say they've got the multiplying part of that command down just fine.

Small wonder why the comments are disabled.

God appears to be authoring confusion in this instance and yet one gets the impression from another passage about people speaking strange languages that this would be quite inconsistent with his character. That's odd.

Genesis 11:8-9
The whole passage comes across as a polemic against city life in general and flourishing urbanization seen in Babylonian civilization in particular. Additionally there is the word play on the Akkadian bab-ili (the gate of god) and the Hebrew bavel (confused). Why is Moses concerned with Babylonian culture and influence so much? How does his audience of wandering Israelites about to enter the Promised Land have enough understanding of Akkadian linguistics to be able to even get the joke when they’ve been isolated in Egypt for 430 years?

Interestingly, there is a Neo-Babylonian inscription on a stele from Babylon that reads: “Etemenanki, ziggurat of Babylon, I made it, the wonder of the people of the world, I raised its top to heaven, made doors for the gates, and I covered it with bitumen and bricks” [emphasis mine to highlight the comparison to Gen. 11:3-4]. It seems that the 300 ft. tall Etemenanki ziggurat, dedicated to Marduk in the 6th century BC is very likely part of the inspiration for this story, especially if the contents of the inscription had been known to whoever originated the story found here in Genesis. In addition, the story contains elements similar to a legendary Sumerian account in Enmerkar and the Lord of Aratta dating from about 2000 BC. The narrative of that legend involves the construction of the Abzu ziggurat of the god Enki who was able to change speech and confuse languages.

Genesis 11:10-26
Shem lives another 500 years after the flood. Likewise others in his line have really long spans even though they get cut after Eber. Peleg dies first a mere 340 years after the Flood. Hey, maybe that’s what the division was. God was dividing life spans. OK, we can add that theory to the list too.

Poor Arphaxad only missed seeing his great, great, great, great, great, great, great, great grandson born by a mere 12 years. Eber, who died 531 years after the Flood, missed the birth of Jacob's son Reuben by only 5 years. Too bad Jacob waited until he was at least 84 to start having kids (more on that silliness later). One has to wonder, if six of these guys including Shem were still alive well into the Abraham and Isaac narrative, what the heck were they doing when Yahweh was making covenant promises and such to their descendants? Just chilling in Ur? Where were they during the whole Babel incident? Some commentators have theorized that Melchizedek was actually Shem. Sure. Why not? Shem could’ve delivered Abraham’s eulogy.

Genesis 11:28
There was no Ur of the Chaldeans until the 7th century BC and yet here we have Moses supposedly making reference to it about 800 years before anybody would've ever used that term. Chaldeans are unknown to history or archeology until the Neo-Babylonian Empire and they certainly would have been unknown to Moses. Some apologists have attempted to overcome this by admitting that it was a later editorialized addition to the text. This helpful technique for dodging the implications regarding Mosaic authorship could be employed pretty much every time an anachronism like this is encountered. The suggestion appears to be that if Moses couldn’t have possibly written that portion of the text, it means it was a later scribal addition for clarification.

Noteworthy is that Stephen’s alleged recounting of this event recorded in Acts 7:2-3 says Abraham was in Mesopotamia before he lived in Haran when he received the call from God to depart. However, the narrative here in Genesis has Terah taking them to Haran first with the intention of taking them to Canaan.

Genesis 11:29
The names of Sarai and Milcah further suggest Chaldean influence as Sarai (princess) could be a reference to Sharratu, the wife of the moon god Sin and Milcah is possibly a reference to Malkatu (queen), another title for Ishtar, the daughter of the moon god. The writer of Joshua 24:2 seems to acknowledge that Abram and his family were worshiping gods other than Yahweh at this time anyway.

Ur was the center of worship for the moon god Sin, a god whose worship was revived under the Chaldean rulers. This would also suggest that “of the Chaldeans” was not merely added later as a clarification, but was a reflection of the author’s historical reference point, i.e. he’s writing in the 7th century BC or later. Time and again we see that this writer is much more familiar with Akkadian culture and not Egyptian culture, which is odd if it's coming from the pen of Moses, don't you think? 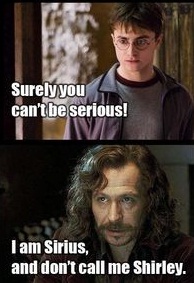 Terah takes the family out of Ur of the Chaldeans [this anachronistic scribal clarification had to be inserted twice?] and sets out for Canaan, but they never make it and instead settle in Haran. Terah means “delay” or “station”. So they were delayed in reaching Canaan and instead were stationed at Haran. What an amazing coincidence that Nahor named his son Terah and that name had significance! Surely this is the providence of God and not at all merely the marks of story-telling like when JK Rowling uses names for the characters in her stories that indicate things about them.